Every year, MG Motor NZ is proud to partner with a range of community sports teams and events.

We are proud to our new partnership with the Northern Mystics Netball Team.

The multi-year naming rights agreement will see the team renamed the MG Mystics, their playing kit adorned with the new MG logo and extensive courtside branding at all home games, as well as multiple integration and engagement opportunities.

A fleet of MG Mystics branded MGs will be the driving force behind the team, providing players with a full suite of MG pilot active safety technology. Netball is New Zealand’s most popular female sport, and the Mystics are the defending ANZ Premiership Champions. This new partnership is a joining of champions.

We’re looking forward to the journey, with the season kicking off in early 2022. 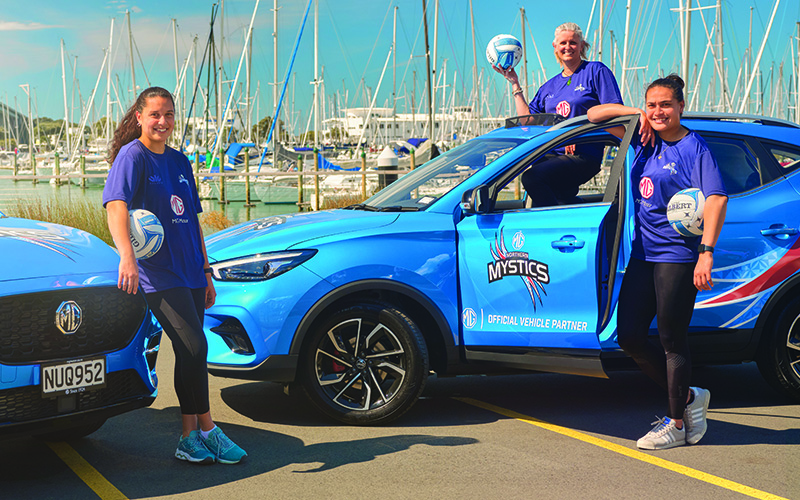