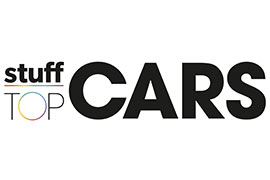 Picking the best car for commuters is a tricky one, because pretty much any car can be a commuter’s car. Just look at the lawyers driving 911s and accountants driving Rangers. But, at the same time, the choice this year wasn’t that hard at all. In fact, it was one of the few we agreed on immediately. It’s the MG HS +EV plug-in hybrid.

Formerly known as the MG HS PHEV (MG decided to rename this and future PHEVs as “+EV” for... reasons), the +EV combines the quality HS medium SUV with the best-of-both-worlds approach of a plug-in hybrid. In this case, that means 55km of electric driving, which is plenty for most daily commutes, with spare for supermarket or “I-can’t-be-bothered-cooking-let’s-get-takeaways” runs.

You also get the peace of mind of a back-up tank of petrol, which bumps total range to well over 400km.

But, theoretically, that tank of petrol could last months, if you regularly top up the battery. The HS PHEV has an EV mode, which keeps the petrol engine out of the equation at all times. It defaults to Auto mode on start up, which lets the computer figure out when to use the engine and when to use the motor. It’s calibrated to hold a battery charge for longer, rather than keep fuel usage down, but if you select drive modes manually it is possible to see some truly spectacularly low fuel consumption figures.

And it’s a great drive – the powertrain is punchy, keeping momentum going well into triple speed digits, and the new ten-speed automatic is smooth at shifting cogs as well as bringing in the engine. MG has tuned the suspension for comfort and the steering is slightly heavier than you might expect, which makes it more stable to drive at higher speeds.

The build quality is superb, particularly for the money – the HS +EV costs $54,990, but is eligible for the Clean Car discount of $5750, dropping it to $47,240. For this it comes standard with synthetic leather interior trim, a 10.1-inch touchscreen with Apple CarPlay and Android Auto and built-in sat-nav, a six-way powered driver’s seat, ambient lighting, heated front seats, dual-zone climate control, an auto-dimming rearview mirror, keyless entry and a digital dash cluster.

Don’t forget the standard MG Pilot active safety assist system, which includes basically every driver assist you could ever need, including both active cruise control and lane keep assist, as well as blind spot monitoring and rear cross-traffic alert.

Packed with safety features, comfortable, just a good size and capable of using no fuel whatsoever on the daily commute, the MG HS +EV makes exceptionally good sense as a daily driver.

The Mercedes-Benz EQA 250 landed earlier this year, but we’re already sold on it as an urban commuter car. It’s small, which is better for more urban areas and doesn’t require a seven-point turn to get into parking spaces, and it’s fully electric, which is just better than ICE for commuting.

Although it’s probably not quite as good as a plug-in hybrid for this particular award, because it means you do have to be more careful with your charging.

But the EQA’s big bonus for commuting is its thoroughly excellent suite of driving assists and Mercedes Me Connect that allows for live traffic navigation (complete an augmented reality display) and GPS-assisted active cruise control that makes dealing with heavy traffic a wonderfully low-stress affair.

While the EQA is pretty much the same price as an equivalent Mercedes-Benz GLA ICE-powered SUV, it is still very much a Mercedes-Benz price, however, which just makes the MG’s bargain price even more striking.

You can’t not appreciate just how good the new Honda Jazz e:HEV is – the dual-motor powertrain is clever and uses hardly any fuel, it looks great, and the returning Magic Seats means there’s a surprising amount of practicality in the little hatch.

It is also effortless to manoeuvre around crowded city streets, making it a great little commuter option.

Of course, the Tesla Model 3 needs a mention here too for bringing similar levels of semi-autonomous assists as the Mercedes (although the real good stuff that elevates it beyond the EQA is optional) at a much lower price. The entry level Model 3 is a thoroughly excellent commuter car however.