Good times in our genes 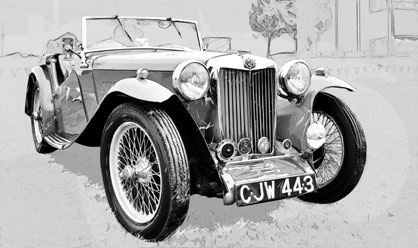 For over 90 years MG has been making cars people love to drive. Grip the wheel of an MG and you can feel generations of good times built into its DNA.

The Octagon badge was registered as an MG trademark. MG's 14/28 Super Sports model went on sale. The first MG sports car was the Old Number One: small, fast and fun to drive.

In 1930, MG made their first big splash on the racing circuit at Brooklands, the world's first banked concrete racetrack. The tiny MGs beat the powerful Bentleys. One Bentley driver said, "We've been invaded by fleas."

MG dominated racing events throughout the '30s: winning the Irish Grand Prix, Isle of Man Tourer's Trophy, the Ulster TT as well as wins in Italy (the first non-Italian team to do so), Germany and Monaco.

A class win with the K3 at the 1933 Mille Miglia road race was the first time a non-Italian team had won. Then MG turned their focus onto speed records.

The EX 127 reached 140mph on the German Autobahn before being acquired by Mercedes Benz for study.

The MG TC was produced just before WWII broke out.

Production of the MG TC resumed. It was tiny, handled well and was a lot of fun. It was a big hit in the US. More than half the TCs built ended up in the US.

The Duke of Edinburgh was the most famous TC customer. 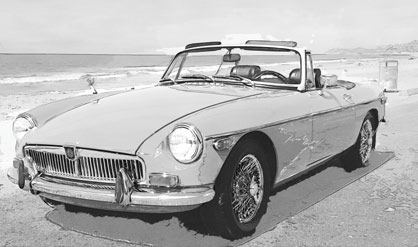 The MGA model was strengthened by the addition of the more comfortable MGB model. Great fun to drive with a shorter chassis and larger cabin. Produced until 1980, it was the most successful MGever made.

The one millionth car was built; a unique LHD MGB roadster finished in Brooklands Green with Jubilee GT livery and wheels.

MG is the first Chinese-manufactured vehicle to be awarded a five-star rating from the Australasian New Car Assessment Program (ANCAP).

MG enters into a three-year sponsorship deal with the National Basketball League.

MG becomes the major sponsor of the Port Adelaide Football Club and Melbourne Stars cricket team;
MG ZS EV is launched as the most affordable electric vehicle in Australia.

MG Motor breaks into top-10 selling automotive brands in Australia for the first time. It also reveals a refreshed logo as it moves towards a new energy future.